The Running Journey at SHS 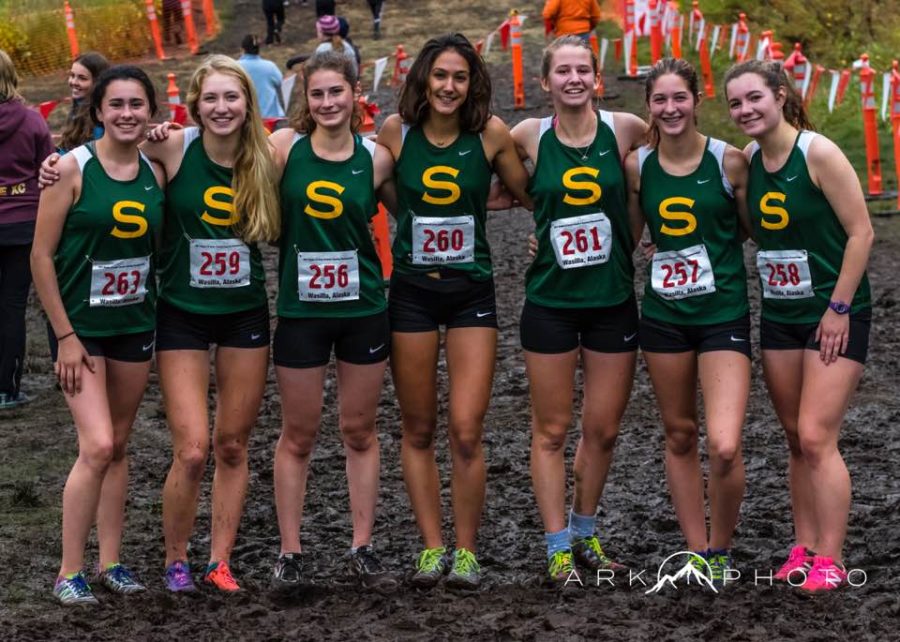 The finish line is the same for all cross country runners each race; however, how they arrive there can truly vary.  This is also an analogy for a runner’s season, or perhaps, one’s entire high school running career — the journey may be different for each runner.  From freshmen to seniors, the SHS cross country team has many exceptional accomplishments to be proud of.

The freshmen this season have been really strong. Almost all of them are running varsity, and we can expect great things from them in following years. To honor the amazing work they did for the team, Mr. Marshall gave every freshman on varsity the Rookie of the Year award: Max Pfeiffenberger, Sam Koster, Trey Ingalls, Neil Lindquist and Hana Cooney.

Improvement is the goal for every runner. This concept has been a big part of the 2017 season. Max Pfeiffenberger and Kalista Rodriguez got the awards for the most improved runner. This really makes you wonder — if Max and Kalista could advance so much in one season, then how much faster will they be during their senior year?

Senior Emma Moore, who is an inspiring example of the improvement and the goals anyone can reach in four years, placed fifth at the state championships. She claimed, “In freshman year my slowest race was an 24:52… [and] my fastest was in state this year, and it was a 20:17.” Although Emma was “afraid because a lot of girls then would get slower in their sophomore and junior year,” she improved from being in the twenties at state last year to finishing fifth place this year. “I was just surprised; I dreamed about that. Like, ‘wouldn’t it be cool to be up there on that podium?’” Emma, her friends, and her family are really proud of her and her fastest race yet.

State had been a huge success and something the runners and the coach will always remember. Senior Ruby Lindquist finished second for the girls, while her brother Neil got eighth place for the boys. Not only did our single runners get placed in the top fifty, but our whole team placed fifth for the boys. The girls team missed first place by one point, tied for second, and got third. The tie breaker for XC State placements consists of the judges comparing the sixth runners of the teams which are tying for a place; Homer’s sixth runner in the girls race beat ours, thus resulting in Seward getting third.

Overall, the XC runners consider this season to be one to remember and many admit they look forward to the next one. Especially the freshmen, which are really excited about the next season, while the seniors are thoughtfully reflecting on their high school running career and the moments they had with the Seward cross country team. If you are a cross country runner, it doesn’t matter which grade you are in, running for the Seward High School running team is an incomparable experience and a character shaping journey.