In Comparison: What Cassidy Fletcher Thinks 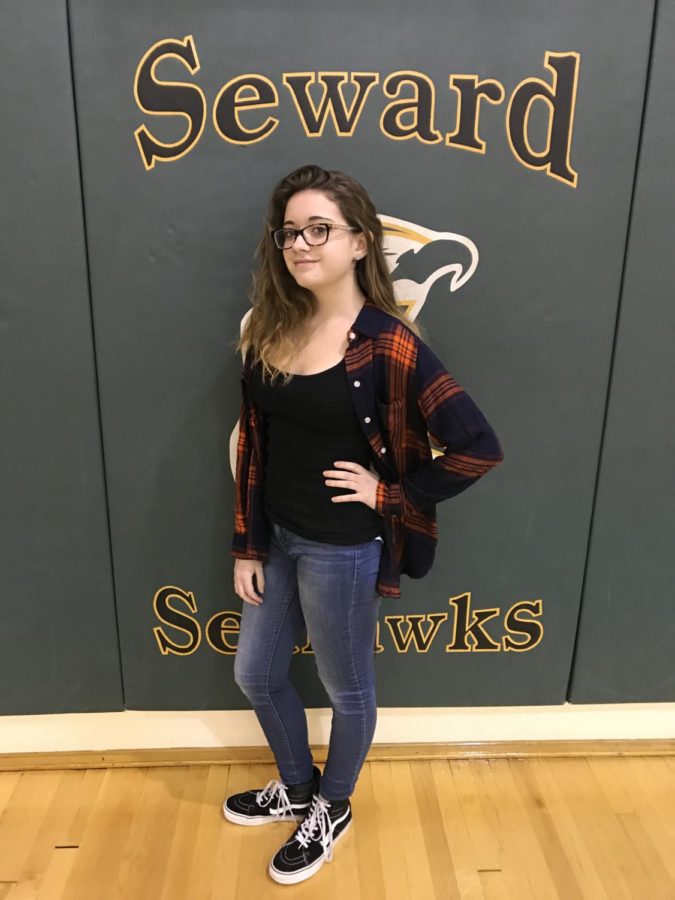 Seward High School welcomes Cassidy Fletcher, a new freshman student who moved from San Diego, California. Although she originally was born in Texas, she didn’t spend much time there. She moved to Seward during the beginning of winter, and cold was a new experience for her since San Diego’s temperatures are more humid.

Cassidy explains that her old high school was more strict than Seward’s. If you had below a C, you would have to retake the entire class. During her first semester, as a freshman, she took a physics class, which is not offered at SHS. Now, she’s in a couple advanced classes, and she’s doing really well in Seward, even if she has to deal with biology rather than physics.

Concerning her future goals, she was inspired to be in the Navy by her mother, father, and her step-father. Her goal is to either work her way up to a Navy officer or a nurse working in California. Due to her potential, intelligence, and commitment, Cassidy could make it anywhere.

Cassidy’s old school consisted of about 3,000 people, and there were “totally different programs.” For example, she said they used My HRW, and Seward uses Canvas.  She prefers Canvas because it is “more organized.”

She loves to draw, sing, and wrestle, even if she never admits she’s good at them. She misses her old friends and the warm temperature, also the beach. Seward welcomes Cassidy and hopes she can continue to enjoy the beach, but, this time, in a thicker coat.