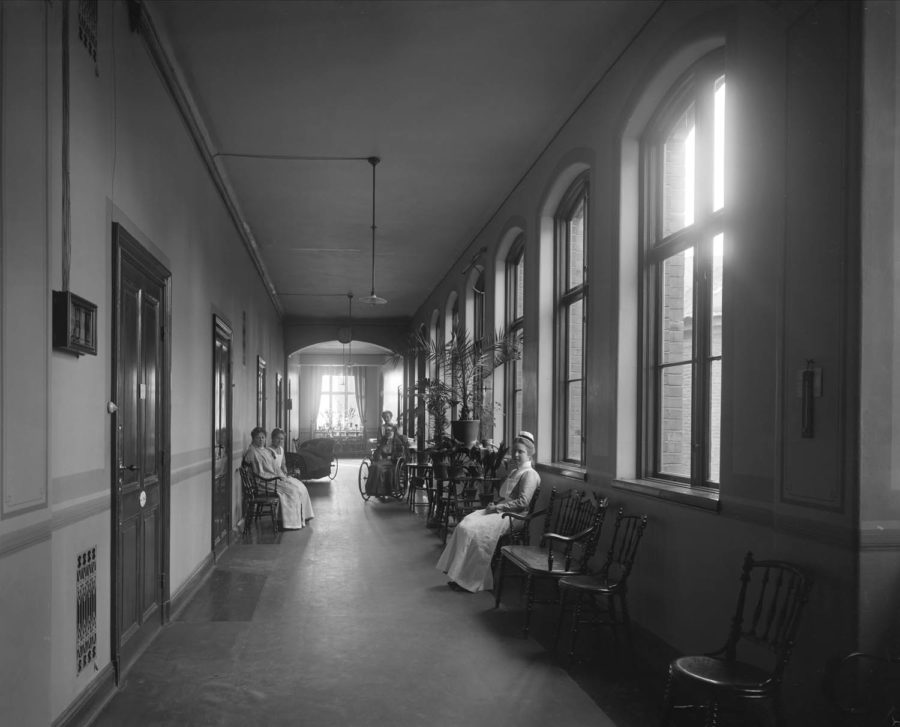 Captain Roger Dawson had seen dark, gruesome cases since he began in police work. There were parts of every investigation that never left him and often infiltrated his nightmares. The whimper of a stray dog. A pearl necklace. The smell of chlorine.

In the case of Jane Doe #43, it would be Officer Porter’s eyes.

They bulged out of Timothy’s skull with surprise and fear. Captain Dawson could tell by the thick, red veins snaking their way across the whites of Timothy’s eyes that rest had become a persistent issue for his former officer. Timothy’s irises, the color of coffee with just enough cream, scanned the man. Where there once had been recollection, memory, and experience, now there was an overwhelming vacancy that disturbed Captain Dawson.

Timothy flicked his gaze from Darla to the captain multiple times, waiting for one of them to speak. Captain Dawson found himself watching the eyes, knowing he would never forget them.

Darla cleared her throat. “Timothy, this is Mr. Dawson.”

“It’s nice to meet you,” he said begrudgingly.

The captain awkwardly chuckled. “It feels strange shaking your hand. We’ve known each other for seven years. How have you been?”

Timothy shrugged. “Fine. Therapy helps quite a bit, and it starts in ten minutes. So if you don’t mind–”

“Timothy!” Darla hissed, as he motioned towards the door.

The captain fiddled with his briefcase. He was becoming increasingly uncomfortable and Timothy drank it up like the cheap coffee he occasionally nabbed from the nurse’s station.

“I’m sorry, but I really would like to speak with you,” Captain Dawson insisted.

Timothy took a breath, preparing himself for the draining conversation he was about to endure.

It didn’t work. If anything, he was more agitated than before. “Fine.”

He sat in his desk chair, feigning nonchalance. The way Timothy licked his lips and bounced his knee tipped off Captain Dawson to the man’s true feelings.

Darla said something about grabbing Mr. Dawson a chair and left the room.

“I don’t mean to be rude, Porter, but do you remember…anything?”

Perhaps Officer Porter had once known this man, but Timothy saw him as a stranger. A stranger who asked intrusive questions and invaded his personal space. Timothy felt tempted to tell him off, but the way the captain stared at him with wonder and distress made him pause.

“No,” Timothy said in a hushed tone as his gaze focused on a knot in the hardwood floor. “I don’t remember anything.”

“I need your help, Porter. Before your…accident, a woman was murdered. They found her body in the old bait shop. You insisted on taking the case, and I trusted you.” He chuckled. “I trusted you too much, I think. I let you work alone and didn’t really supervise you–”

The creaking of the door interrupted the captain. Darla entered, pulling a plastic chair behind her. The shrill noise of it dragging across the ground was as pleasant as hearing the devil play the violin.

After Captain Dawson sat down and Darla left to take care of Timothy’s neighbor, the captain continued.

“What was I saying?” His gaze drifted to the top of Timothy’s head. “Oh, then, you had to…leave. I tried to put Anderson on your case, but his investigation turned up empty. You had no notes or data or any of the paperwork that you’re supposed to do. It was like I never even assigned you the case. The most we found were a couple of internet searches pertaining to the situation. You never even identified the body.”

Timothy crossed his arms over his chest. “If you’re here to blame me for a job poorly done, I don’t really think I can be held accountable at the moment.”

“No, that’s not — I’m just frustrated. And confused. The only thing we know is that a woman was stabbed in the bait warehouse. We have crime scene photos and the original paperwork that the first responders filed, but it’s not much to go on. I just need to know if you could remember anything? If you had any idea where you might have stored any information? You worked on Case 43 for two weeks, and you have nothing to show for it.” He looked at Timothy with desperate eyes.

“I’m no genius, but shouldn’t there have been an autopsy?”

The captain laughed the way people do when they don’t actually find it funny. “That is some information we do have.”

He leaned over to grab his briefcase, which propped against the chair. From it, he pulled a thin file folder. He selected a sheet of paper and held it out for Timothy to see.

The technical legal and medical jargon taking up the majority of the page could have been Chinese for all he knew, but the bottom right corner contained a signature that seemed oddly familiar.

The captain tapped his pointer finger against it. “Timothy J. Porter. You ordered it.”

“You ordered the body to be cremated. It had picked up some kind of parasitic disease from the spoiled bait at the crime scene. It was too dangerous to perform an autopsy, and they had to kill the disease before it spread.”

Timothy grabbed the paper. It shocked the captain, but he said nothing. He watched Timothy’s finger glide over his signature. He had held this paper before. What had he felt? Relief? Disappointment? Anything?

“So,” Timothy croaked, “you have nothing?”

Captain Dawson nodded with the weight of sympathy. “I’m desperate. Otherwise, I would have let you rest.”

As the captain put the paper in the file, Timothy caught a glimpse of one of the crime scene photos. The victim’s skin had the color and luster of a copper penny. With the poor lighting, it was difficult to tell where her thick, obsidian curls ended and the shadows began. She was gorgeous, and Timothy couldn’t help but think that the blood splattered across her cheekbone could have been her perfect shade of lipstick.

The captain, who had begun to stand, sat back down. “Pardon?”

Timothy’s words fell on top of each other. “I may not remember anything now, but I’m getting better, my doctor says so!” he lied. “If I remember something, I can help, right? I worked this case before;I can do it again.”

“You said she was never identified. No one knows what happened to her, but I think I might’ve.”

“Porter, I can’t, in good conscience, let you become a part of this investigation.”

“You said yourself, I signed that paper. And you’re here. Doesn’t that make me a part of it?”

Captain Dawson stood, towering over Timothy as a teacher would stand over a disobedient child. “Porter, no! I don’t mean to be rude, but look where you are! Do you really think you could work a case in your condition?”

Timothy could conjure no response.

The squeaking of Darla’s orthopedic shoes announced her entrance.

She then thanked the captain for his time on Timothy’s behalf, but Timothy had left the room already. It was not the last time Timothy would see Captain Roger Dawson, nor the last time he would be told to stay out of the case.