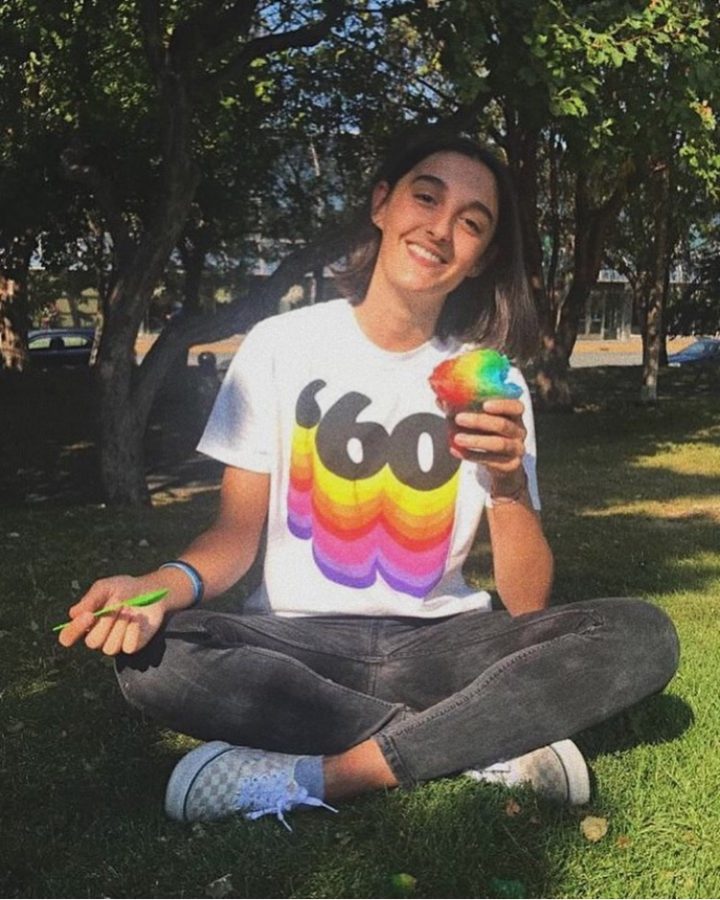 Sofia Perazzi is a foreign exchange student from Domodossola, Italy. This was her first time doing a foreign exchange, and she said that, “It’s very fun.” When asked about her hometown, she replied with, “It’s pretty similar; I live near mountains too, so the only big difference is the ocean.”

When asking her what she likes about Seward, Sofia talked about the difference in schools. Her school back in Italy is much more rigorous and a great deal more boring. Throughout the day, she only has one teacher and not a lot of freedom to do stuff.

In Italy, Sofia cannot even play sports for her high school, so she must go to a private club to play a sport and it is very expensive. She also said that you cannot switch between sports during the year, So she loves the flexibility here in Seward.

Interestingly, when I asked Sofia about the difference in cultures, she said, “There are a lot more religions here; it’s a lot more diverse.” Sofia also says that people in Italy are, “a lot less shy, and more open.” This may be because of how many different people live in the United States, there must be a big gap in the variety of personalities and interests here compared to where she normally lives. Diversity is not as common in other places and is almost taken for granted here in the United States. It’s pretty cool to observe just how different it is for some people.

In addition, for all of you out there thinking about doing a foreign exchange , at the end of the interview Sofia told me she has had a great experience so far, and highly recommends it to everyone.