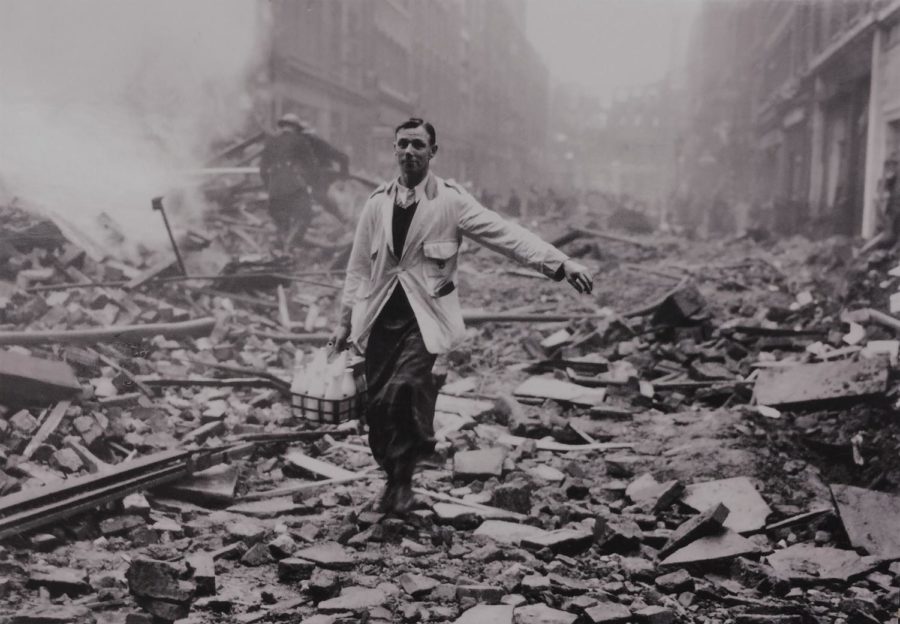 The date was May 11th, 1941. The London Blitz was finally over. Volunteer soldiers from the British army were being sent back to London to aid in the clean up effort. Charles Bernard was among the volunteers. He would be accompanied by Amelia, his co-pilot, whom he had met just prior to the air raid on Berlin. The attack had not been as damaging as intended, due to the heavy fog which had caused almost half the planes to get lost before arrival.

Since Charles and Amelia had returned, they had bonded over stories of their homes and families. Amelia, like Charles, was happily married with two children–one boy and one girl. The longer they conversed, the more they found they had in common. Maria, Charles’ teenage girl, had attended the same school as Amelia’s daughter in London. The daughter’s name was Elizabeth. As it turned out, the girls had both been aboard the Royal Mail Ship Samaria which had taken them to New York. I wonder if they’ve ever met. I wonder if their friendship is as strong as our’s, Charles and Amelia would often think allowed.

The army car rumbled to life beneath their feet. Looking out the back of the vehicle, the massive air force complex faded into the distance. By the time they rounded the corner, it was barely the size of a thumbnail.

After trundling along in the back of the car for hours, the outskirts of London started emerging. The houses and buildings appeared unchanged, despite the horrors of the last year. The only indicator that anything out of the ordinary had happened were the hunched figures crowding the streets. These people were the homeless–the displaced–their homes obliterated by a multitude of enemy bombs. The farther the army car advanced, the less people took refuge in the open; however, the deeper into the city they ventured, the more signs of destruction materialized. There were no people in the streets. The homes that were left were buttoned up tight, no signs of life inside.

Rubble covered the city. Eventually, the car couldn’t go on and deposited Charles, Amelia, and a small group of air force men in front of the reminance of a bank. The gold plated columns which once stood divinely in front of the double doors, now lay on the ground, shattered and peeling, the cheap cement inside exposed in the dreary light.

Army men wandered around hurriedly, struggling to clear the street. A milkman trudged past, a crate of milk in one hand, his other arm stretched out for balance. Like the army car, his milktruck sat abandoned in the distance, unable to cross the expanse of wreckage.

Charles looked around. Thoughts raced through his head. How could this have happened to such a beautiful city? What was becoming of the world he lived in?