What does Tom want with Jerry???

Is this the longest running game of cat and mouse? 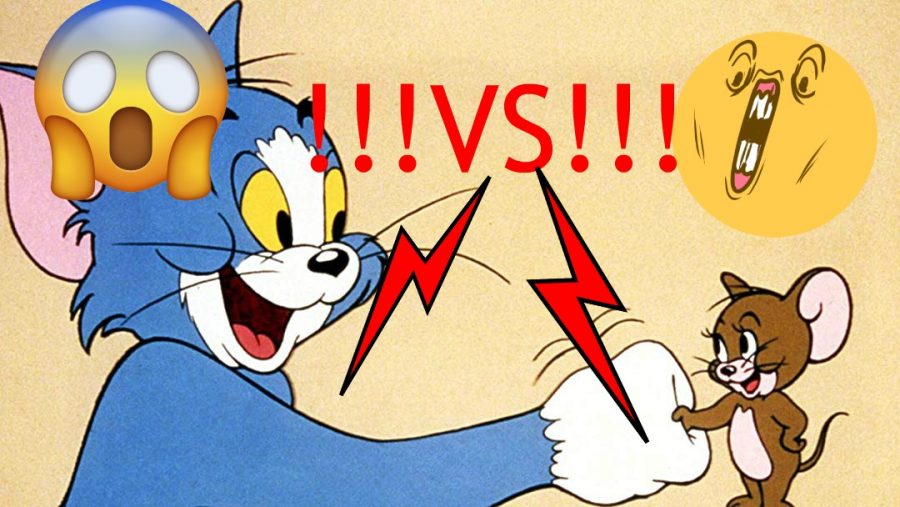 Clay Petersen, Fell on the Ice Once

Tom and Jerry are probably the most well-known names spanning our continent. From Quebec to San Diego, Fairbanks to Orlando, that furry feline and rambunctious rodent have impacted the young minds of every child in which they have graced their presence. To honor the 80th birthday of the chaos-creating criminals, I have decided to delve a little deeper into the basis on which their relationship is formed. What does Tom even want with Jerry?

If by some sad miracle you’ve lived your entire life without being blessed with the honor of watching a blue alleycat repeatedly try–and fail–to capture a small brown mouse, then you’re probably fairly concerned as to what I am talking about. Tom and Jerry are cartoon characters that have starred in a few TV shows, all about the same thing. A questionably smart male cat named Tom (clever) and his futile attempts to punish and destroy a likeable but devious little mouse who goes by the name Jerry. Tom seems to use any means necessary to complete his goal of reeking as much havoc as possible on his pint-sized nemesis. While Jerry is almost always able to clap back with just as much, if not more, firepower. A typical episode consists of twenty minutes of these skits that follow a rough storyline and then usually a joke is made at the end.

This all begs the question: why does Tom want Jerry so badly? If you look at some other cartoons of the time, the chaser always has a clear motive to chase the chasee. Wile E. Coyote chases Roadrunner because it’s part of his DNA. Elmer Fudd spends every waking minute searching for that darned bunny wabbit Bugs because well, who wouldn’t want to take him out. For these dynamic duos, motives couldn’t be more clear. Tom and Jerry, however, seem to be missing the fundamental foundation of their rivalry. Sure cats enjoy chasing mice, but like the house roaming itty-bitty-wittle kitty he is, Tom would have given up long before things had escalated to what they are.

So then, what is it?  What keeps Tom hot on the heels of Jerry’s rope-like tail?  It’s the crippling pressure of fitting into society’s mold of what you should or shouldn’t be. Tom feels that as a house cat, he is the “man” of the house; therefore, he must fulfill his position by keeping the home in which he lives pest free.  Doing this means eradicating all acreage of rodents like Jerry, thus creating an immediate feud between the two. But are social pressures on a house cat enough to jumpstart the city-destroying tabockles between these two opposing forces? And what is stopping Jerry from moving to a different house with less deep-rooted conflict?

My theory is that Tom and Jerry are friends–ney–frenemies, and the two enjoy their meaningless bickering. I feel their relationship is best explained by the work of the great Bobby Gaylor and Maulik Pancholy https://youtu.be/J5Jz4u8_J4U. Tom and Jerry enjoy disliking each other. They are bitter rivals on the outside but the sweetest of friends at heart. A true testament to their friendship can be observed when the two never seem to go too far. Tom chases Jerry without a single thought of what he would do if he ever were to catch that slippery scoundrel; he merely chases him for fun.