Ranking every sport from most to least watchable 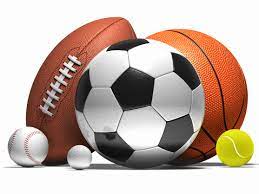 There’s nothing like watching a sport in person. From hockey to WWE, there is nothing like getting the full experience of watching people battle right before your eyes. With that being said, watching most sports through your TV can be unbearable.

Now, what is and isn’t fun to watch is completely subjective, and I am not going to put every sport on this list. Although, if you haven’t noticed from my past articles, my opinion is fact. You, yes YOU are wrong. I AM THE ONLY CORRECT ONE ON SHS TODAY!! EVERYONE ELSE IS WRONG!!! I RUN THIS BUSINESS BABY!!!!! COME AT ME!!!!!!

Golf sucks. Name one sane human being under the age of 40 who watches golf. That’s right, you can’t. This is because golf is an elitist sport.  Everybody whom I have ever met in person that plays golf is terrible, and the only good kind of golf is Wii Sports golf. I will say I don’t hate the sport, but the amount of boredom it causes me brings any math class to shame.

It’s gotten to the point where I’m starting to believe that golf is a CIA social experiment meant to test what little things can make some people go wild. Golf is not a sport; it is a test of human nature.

Everyone gives the Seward High School football team crap for not winning more than three placements of note in the past twenty years we’ve had the sport, but let me ask you: What is the one sport in Seward that doesn’t have a banner on the wall in the gym? That’s right, it’s soccer.

Now, this is probably going to be the most biased I have ever been on a sport, mainly because I hated playing it throughout elementary school (I know I need to get good). But man, every time I turn on the TV and watch a soccer game, I almost always pass out from how little dopamine is being squeezed through my brain.

Ever since the French won the world cup, I just stopped caring (now the entirety of the country of France wants me dead, I’m sooooooooo scared). Moving on.

Yeah, I enjoy watching some tennis. It’s probably one of the only few sports that I prefer to watch rather than play. I mean, some of those people are insanely athletic. I have much respect for the guys who are willing to put their life on the line to hit a ball over a net.

With this being said, like golf, tennis is an elitist sport; this makes me hate the game ever so more. Also, they made that one Asian chick feel bad for beating Serena Williams, so that just gives me another reason to make fun of the sport.

Watching the Seattle Mariners and Cleveland (redacted) has always been a fun time for me. With that being said, I can’t deny that watching baseball on the TV is a very unpleasurable experience. To baseball’s credit, there’s nothing like sitting in a large stadium with a chilli dog and some friends cheering for whatever team you love. But it amazes me how boring a sport can be watching it away from the ballpark, and baseball is probably the peak example of this.

I’ve always had a soft spot for basketball. I have and always will despise playing the sport, but there’s nothing like turning on the TV and watching Zion be the greatest prodigy of all time. Also, if I don’t talk well about this sport, then I will never hear the end of it from all my graduated buddies, and I personally don’t want to get on Justin McMoney’s bad side.

As most of you may know, I have a lot of experience watching football (from the bench of course). I have probably consumed more time watching football than I have eating food, so I will keep this short and say that I have kept this sport close to me my whole life, and I cannot physically exclude this from the top three.

Also, Tom Brady is an overrated scumbag who kisses his son on the lips and takes government money to pay for yachts during a pandemic. No, I will not hear anything about his “seven rings.” He has the worst stats of any dynasty quarterback, and throws nothing but screen passes and 15-yard rainbows to wide-open receivers. But this is an article for another week.

Who on god’s green earth actually dislikes hockey? It’s like soccer, except it’s cool. I remember watching the Alaska Aces back when they were still around, and it was amazing. You bet your sweet bippy that if we had a hockey team that I would sign up.

It’s like ice skating with sticks and people get to hit each other. How can you not love it?

Okay for one, yes pong is classified as a sport. Two, it is just as interesting as it is fun. Pong will always hold a very special place in my heart as something I look back on very fondly. There’s nothing like getting your butt kicked by all your friends because your hand-eye coordination is very lackluster.

Have you ever watched Pong through your TV and/or cellular device? Because I have, and it’s just as fun as being there. It’s like tennis without the legs and without the rich kids, and it couldn’t make for a better sport.

Anyways, that’s my short list. Remember to go outside, get some good sleep, eat well, and drink water. Just kidding, I probably don’t care about you.