Are we at WAR with CANADA??!

Canada is a country full of moose-loving, beaver-hat-wearing, apologetic, maple syrup enthusiasts, right? Wrong. Canada is a comminist country full of outrageous laws, bad celebrities and the power to remove Texas from the map. The jolly personalities you see opening doors and saying “Eh” are just a ruse to keep your back turned until they are ready to strike.

The Communist Party of Canada was founded in 1920, and is one of the oldest active socialist parties. Coming from Seward High, I’m no history buff, but I have read George Orwell’s Animal Farm and I am pretty sure communism is bad. All I’m saying is that if you change the letters in Justin Trudeau to different letters, you get Napoleon. Napoleon was the evil pig in Animal Farm who was meant to symbolize Joseph Stalin, who was basically Russian Hitler. So, next time you think of the Canadian government, remember that their Prime Minister is pretty much Hitler.

sic.  Some of our millennia’s worst celebrities have come from the Northern lands. Justin Beaver alone is responsible for nearly 2,000 cases of ear cancer. Not to mention, the 4,600 people who are hospitalized with Giardia annually. Justin Bieber is a disgrace to mankind and a prime example of the people that get pumped out of Canadian dirt.

Another Canadian disrepute is none other than Chad Robert Turto A.K.A Nickelback. Chad has done nothing but sully the reputation of Americans so-called “friends to the north.”In the song “Photograph,” Turto specifically talks about being high while at home… IN Canada! This, coupled with the facts that Canada’s nationwide meth intake has increased threefold in the last five years AND Winnipeg is among the cheapest cities to buy meth. There’s no wonder the teenage singer was introduced so young. Just remember, maple syrup isn’t the only thing that Canadians put on everything. 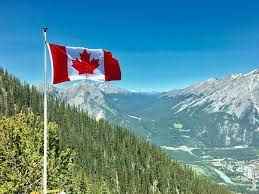 When you think of Canada, I’m sure you think of a big friendly giant that’s never really been involved in a war. But, what if I were to tell you that they are actually stashing close to 250 atomic bombs. With the average blast radius of a nuke being just over 50 miles, that many explosives could completely wipe Texas off the map. Imagine that, the second largest state in our country getting annihilated because some senile president accidentally talked bad about poutine.

So if you are one of our country’s sheep that listens to all of the propaganda that’s displayed in the news, don’t listen to me. But, if you are a free-thinking American who hasn’t been brainwashed by the media, you’ll know that everything here is true… except for the facts that I made up. Canada is trash. Boom Roasted.

Also, bagged milk is a sin in Hinduism or something.