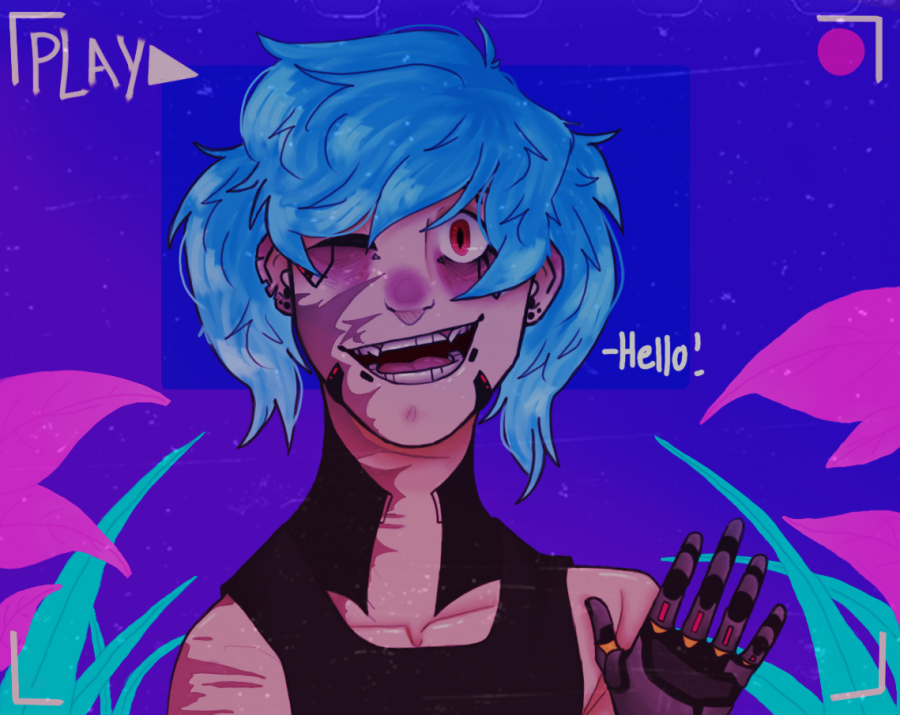 Hello! Hi! I’m Seven, though you probably already know that. I mean how could you not? I mean ol’ Johnny boy did mention me, right? Right? I hope so. Anyways, he’s like my best friend and has been for about…hm…four years I think? He pretty much raised me, found me when I was eleven years old.

I don’t remember much at that time, but he did tell me that I was just standing there in the middle of nowhere. He was on his way to the city and found me a few miles from it. What I do remember though, is losing my right arm! I had it all wrapped up with my shirt sleeve. Johnny said he was surprised it wasn’t all infected and that I didn’t die from blood loss. I’m just lucky I guess!

Anyways, some time passes and we meet Robbie! He’s actually the one that made my robotic arm and repairs it! Yeah, it’s pretty cool. Robbie is like my other best friend; he’s very caring and lets me get away with almost anything!

Oh yeah, I’m also really good at stealing things! Which becomes very handy in our line of work. I’m also good at just causing chaos, so distraction. Robbie does all the tech stuff while Johnny gets the job and the tools for it. Johnny and I also do all the brute force if needed; though, we do try to avoid doing that. It never ends well…

Mmm, I also live in a really cool house! We live in an old penthouse that allows us to both live and work. I love spending time on the roof looking over the city! It’s on the edge of the slums and not far from the hightail district. There’s enough space for all three of us and our stuff.

Oh! It looks like I have to go, looks like Robbie found us a gig! Okay, bye-bye for now!!